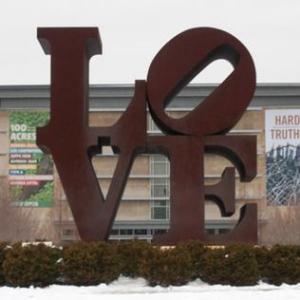 LOVE outside at the IMA in the early years

Robert Indiana was born in 1928 as Robert Clark. His first use of the stacked four letters of “LOVE” was created for a Christmas card in 1964 for the New York Museum of Modern Art. This design creation led to the LOVE sculpture constructed of Cor-ten steel in 1970. LOVE was first put on display at the Indianapolis Museum of Art. It made the rounds of several American cities for five years until it returned to the IMA. After needed restoration was performed due to weathering of the steel, it is now displayed inside the museum building to protect it from the elements. 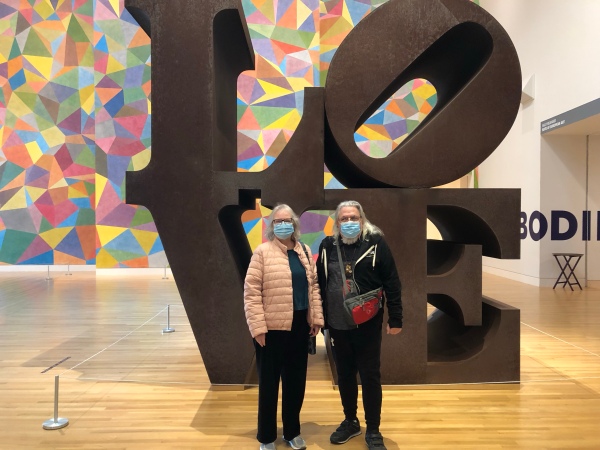 The design was also the inspiration of a USPS 8 cent stamp in 1973. Countless copies of the statue were made and sold over the years, however Robert Indiana had failed to copyright his design, thus he did not reap the benefits.