Shelbyville, Indiana is a small town in central Indiana and was home to Thomas A. Hendricks, Vice President to Grover Cleveland. A replica of the Hendricks family log cabin is on display at the Shelby County Fairgrounds.

Thomas A. Hendricks was a politician and lawyer who served as the 16th governor of Indiana from 1873 to 1877 and the 21st vice president of the United States from March until his death in November 1885. Hendricks also served Indiana in the U.S. House of Representatives and the U.S. Senate. He was born in Ohio and his family moved to Shelbyville in 1822. 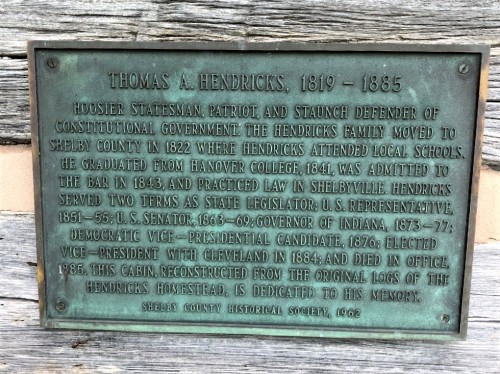 Information plaque mounted on the cabin 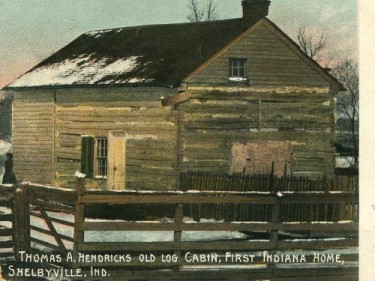 Hendricks was married to Eliza Morgan, and they had one child, a son who sadly died at age three. Hendricks was very popular with the people, and unfortunately he died on Thanksgiving night during his first year in office as Vice President. Hendricks is buried in Crown Hill Cemetery in Indianapolis.