We said goodbye to family this morning and headed east. Our original plan was to drive to Lake Charles, Louisiana and stay at a casino tonight. On the way we made some cool stops, saw some neat things, and we ended up deciding to stop at the Rio RV Park again for the night. (See our review of Rio RV here.)

Burton, Texas train depot. Built in 1898 to the specifications of the Southern Pacific Railroad, this structure replaced the original from 1870 that had burned.

Neat old building with signage stating “Burton Auto Co.”. Might have been an early gas station. 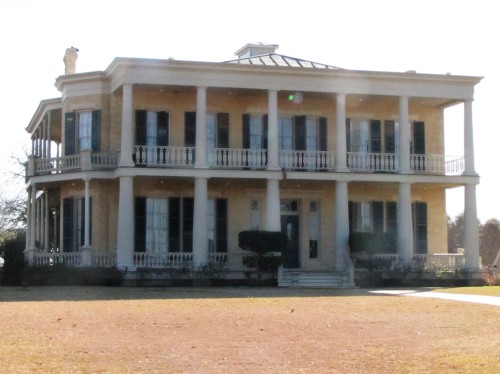 Built in 1870 for prominent banker, lawyer and landowner Jabez Giddings, this historic mansion in Brenham is known as the Giddings-Stone house.