Peyton Manning was quarterback for the Indianapolis Colts for 13 seasons. On October 7, 2017, Manning was honored with the unveiling of a larger than life statue of Number 18  on the north plaza outside Lucas Oil Stadium. 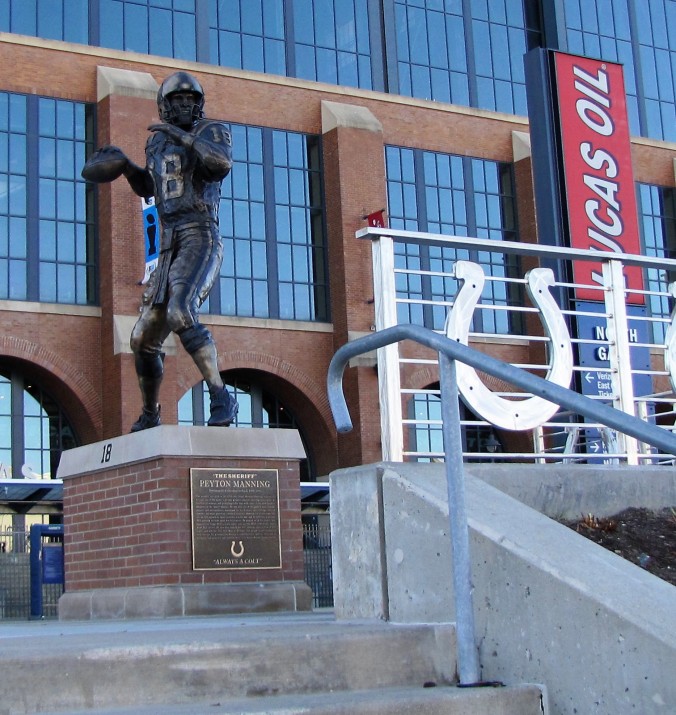 True to life, Peyton always looking for his receiver 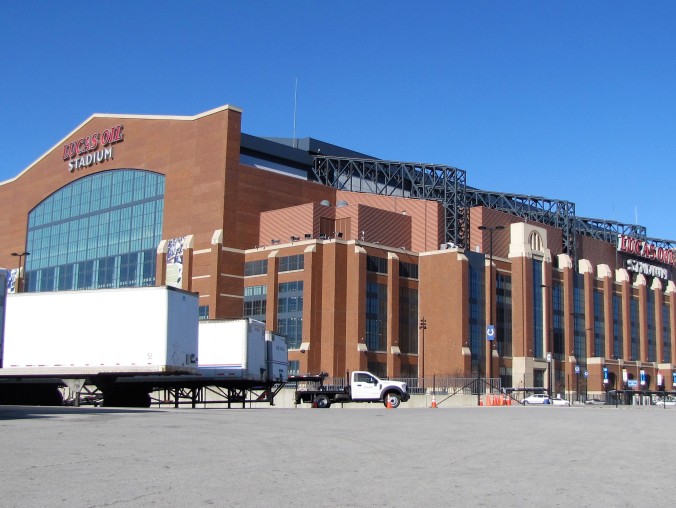