Crown Hill Cemetery is on the near Northwest side of Indianapolis. It was first created as a cemetery during the Civil War, and eventually two different National Cemetery areas were established. The grounds are beautiful and host many visitors all year long.

The facility is listed on the National Register of Historic Places. It is the burial site of a President (Benjamin Harrison) and a notorious bank robber (John Dillinger). Other notable burials include poet James Whitcomb Riley, Col. Eli Lilly, three U.S Vice Presidents, 14 U. S. Senators and 11 Indiana Governors. The cemetery grounds are noted for the beauty and solitude that offer visitors a place to run, walk, bike or even have a picnic. 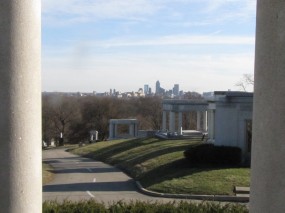 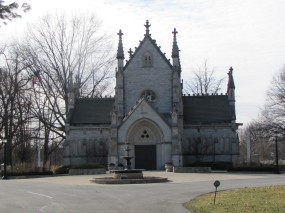