“When I see a bird that walks like a duck and swims like a duck and quacks like a duck, I call that bird a duck.” We know you’ve heard that saying before. Did you know that is a quote from James Whitcomb Riley, know as The Hoosier Poet? Riley was born in 1849 in Greenfield, Indiana.  His home is preserved and is open for tours. 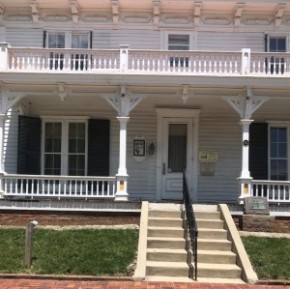 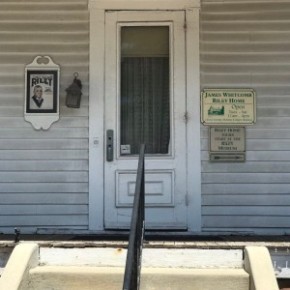 Riley was noted for his down home use of dialect that epitomized rural Indiana. He first wrote under a pen name (farmer Benj. F. Johnson, of Boone) for newspapers in Anderson and Indianapolis. As a boy Riley worked as an assistant to traveling patent-medicine hucksters. 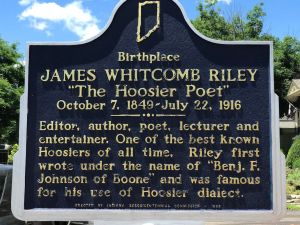 Historic Marker outside the home

Riley is famous for his remarkable volume of poems. He wrote and published over 1000 verses. His most popular are “Little Orphant Annie”, “The Raggedy Man,” “Our…