It didn’t take us long to get out and enjoy local restaurants once we got to our family’s place. Snohomish is a fun and historic small town northeast of Seattle. The main street is filled with eclectic stores, antique shops and a wide variety of eateries. Many of the restaurants put up tents on the street to accommodate COVID restrictions. Many of these remain. 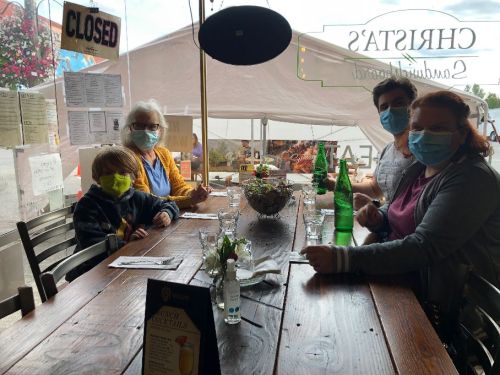 Sher with our grandson across from our daughter and son-in-law. Note to tent out side in the street.

Christa’s Sandwichboard and Wine Bar has become one of our family’s favorite. Sher and I soon discovered why it’s a favorite. The sandwich menu is one of the most expansive I’ve seen. Assortments of flat breads and small plates are ready, as are cheese and meat platters.  We opted for the hot sandwich specialties.

The classic Reuben ala Sandwichboard 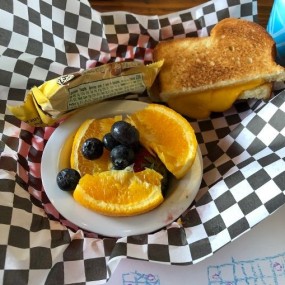 The tag “Wine Bar” is included in the name of this fun facility. There was a 1/2 price sale ongoing, so you know us, we had to partake. We got a nice California red, part of the 2017 Joel Gott Wines Artist Series. Good wine!

This was a delightful place to eat, the service was great and the food delicious. It was so nice to have supper with our Washington family again. It doesn’t get any better than being with family, does it?

Snohomish, Washington is one of the most historic and haunted locations in the state. We recently had the pleasure of having a private tour of this historic and ghost filled structure originally built in 1900.

After a delicious meal Rebecca Caden, General Manager of the Oxford Saloon, started our tour of the building by leading us to the basement. Used for parties and other events, the basement of the building has two pool tables, a full bar and seating scattered around. Rebecca shared with us some of the history of the place. After a time as a store, the saloon opened and immediately became one of the most notorious joints in town. It even was a speakeasy during prohibition, with a basement entrance from a tunnel.

The basement bar, where the black caped figure was seen

One of the resident ghosts is a chap named Henry. Henry was a policeman and tried to break up a fight resulting in his death by stabbing. He died on the bottom step of the basement stairway, and is known to stand behind the bar talking to folks. Rebecca shared with us that she personally does not like to be in the basement, and goes there a little as possible. She has seen a large black shape with a black flowing cape down there. The son of the owner finally became a believer when he too saw this figure the same time as Rebecca.

The infamous doll locked safely (?) in her case

Above the main floor bar is an old antique doll in a glass case. This doll has a creepy history. Ready? Many people have bought the doll and all soon returned it to the person or antique store where they got it. Rebecca says she has determined that the doll does cause chaos and is best kept in the case and inside. She once took the doll without a case from the upstairs and slipped outside and then back into the main floor. There was a large and happy crowd. When the doll came into the room conversation ceased, everybody felt bad emotions and said “what has happened”. The doll has been in the case ever since. 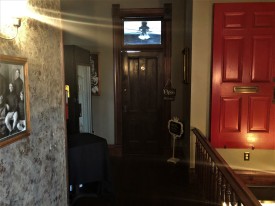 At the top of the 2nd floor stair

The upstairs is equally filled with other-worldly beings. It was once a thriving brothel, and the Madam of the business still walks the upstairs hall and the many rooms. The rooms are currently used for special events, and are beautifully furnished. One of the furnishings, however, has a tragic story. The claw foot bathtub was the location where a young lady’s body was found. Stories say she fell down the stairs (or was pushed) and placed in the tub to make it look like suicide. 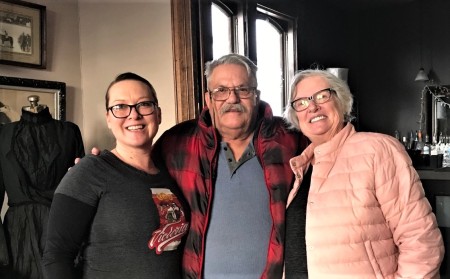 On the left is our tour guide, Rebecca Caden

Rebecca shared other instances of strange happenings. One time after a band was done playing on the stage on the 1st floor one of the ghosts had fun with the speakers. It played music and when they tried to turn it off, it wouldn’t. Unplugged from power, it still played. In addition, for a while there was a jukebox in the bar. The ghosts had too much fun with it as well, so it was removed. 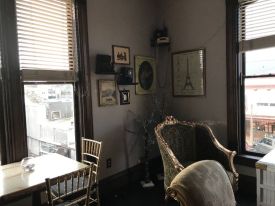 It was very interesting to hear of all of the paranormal happenings at The Oxford. Also interesting is the fact that there have been several paranormal investigations held on the site. Rebecca shares that investigations are still allowed, however the Oxford does not want anyone to try to remove any of the ghosts. She says that they are happy and will move on when they are ready. Rebecca shares that some employees like the basement, others prefer the upstairs rooms. 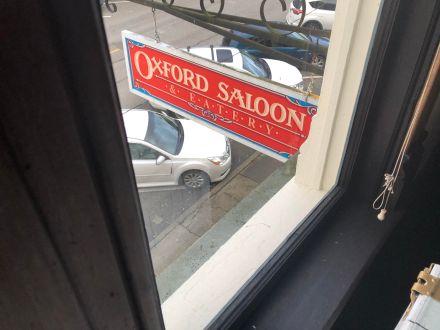 By all means visit the Oxford Saloon in Snohomish. Not only is there a fascinating history and some ghostly residents but also great food and good times. Live music is common on the weekends. Private parties can be accommodated. The main floor is family friendly. Here is The Oxford’s website.

What better way to enjoy a cloudy misty day in the Pacific North West than having some warm fresh pie in a quaint and cozy pie shop? Well, Sher and I along with the rest of the family spent such a time today at the Snohomish Pie Company.

Just some of the flavors available

The Snohomish Pie Company baked the first pies in 1996. Known throughout the Seattle area as home of the best pies, this award winning store deserves its many accolades. It is only open from 10 to 6 M-F. If you have a favorite flavor pie, you best get there early: it is not uncommon for some pies to sell out before closing.

Sher and I enjoyed the Northwest Berry along with our son-in-law. We ordered the pie all warmed up. Daughter and grandson had the chocolate pecan pie. Yummy for sure. Our grandson also had ice cream with his. These pies are as good, if not better than they look. It is easy to see why they are so popular.

All kinds of good stuff!

Snohomish, Washington is noted for its historic downtown Main Street stores, restaurants and other businesses. The Oxford Saloon is one of the most popular of the restaurants. Good food at reasonable pricing makes the Oxford a popular place for meals. Live entertainment most evenings attract lively crowds.

Even the exterior of the Oxford is interesting 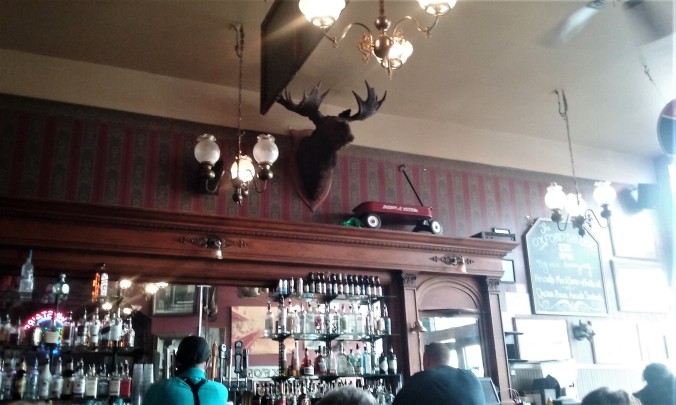 Every bar needs a moose and a little red wagon

Sher and I had a very nice time at the Oxford. It was a great break from our checking out the shops and businesses on Main Street in historic downtown Snohomish. Hint: Park your car at the bottom of the hill on Main Street. That way when you walk up one side of the street and come back on the other side you’ll be walking down hill to your car.

This afternoon we took a break from exploring downtown Snohomish, Washington with a stop at the Oxford Saloon and Eatery. We were there at about 3:00 pm so we grabbed a couple of sodas and a basket of fries off the appetizer menu. This is a fun place to take a break from shopping and enjoy the old pictures and stuff on the walls. 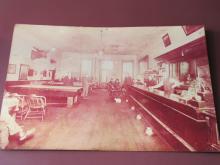 Oh, yea, the basket of fries was great: hand cut and piping hot.

Sher found some great deals on restaurant dot com the other day. One was for Brava’s Pizza and Pasta in Snohomish, Washington. This place is in downtown Snohomish, and apparently used to be in Seattle. When we got there we were in time to cash in on the lunch special: half price on any pizza! Brava’s also has pasta, salads, gyros and other menu items.

The gal who took our order was very nice and brought our pizza right to the table. It was excellent! I devoured my half, Sher had a couple of pieces left for take home. The restaurant also had a very good connection to free WiFi, and there were outlets on one wall since I needed to plug in my laptop.

We highly recommend this place, and we will definitely be returning. Check out the menu at Brava’s website.