Yellowstone, beauty with some danger

The geysers cover the walkways with steam

Yellowstone National Park is 3500 square miles of Earth’s magnificence, mostly in Wyoming but there are parts in Montana and Idaho. We would recommend a trip to Yellowstone. Keep in mind that during “peak tourist” season there are thousands of people in the park. You’ll still be able to enjoy the park, the geothermal features, the scenery and the wildlife.

Remember this from the 1977 “Close Encounters” movie? 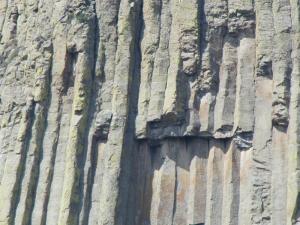 Close up shot of the columnar structure. Each “column” is about 8 feet across!

The Devils Tower is a sacred site to Native Americans and is an NPS National
Monument. Located in the Black Hills of northeastern Wyoming, this remarkable geologic butte stands nearly 900 feet tall from it base to the top. The rock is igneous and was formed when the molten lava intruded into layers of sedimentary rocks. Those rocks weathered away, leaving the Devils Tower that we see today.

There is interesting history of both the geology of the tower, as well as the history of human involvement of the site. This was the first National Monument, so designated ten years before the National Park Service was founded. Study the Devils Tower website for details about the park, its history and current covid restrictions.

We visited Devils Tower back in 2015.

Sher and I are not traveling now due to coronavirus, so we thought we’d share some of our BC pictures with you. (BC = before COVID-19) 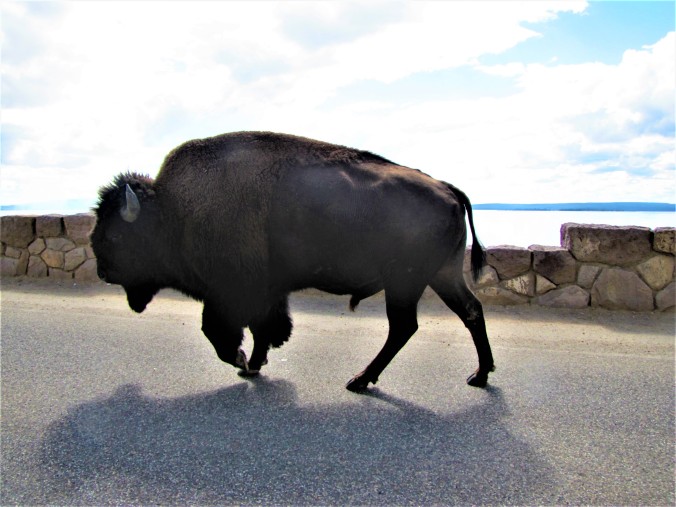 We had just entered Yellowstone National Park from the East Entrance. As we saw Lake Yellowstone on the left we suddenly saw stopped traffic ahead. I thought maybe there was a crash. But no. Here came this magnificent bull bison just sauntering along, taking his time as if he owned the road. Wait! He did own the road.  Quite a start to our Yellowstone adventure.

Northeast Wyoming is home to one of the most remarkable landscape features in the United States. The towering mass of volcanic rock known as Devils Tower has long been the destination of curious travelers and is the source of several Native American legends describing the origin of the rock formation. We made a short detour on our way from Indiana to Seattle to see this striking and beautiful gift from Earth.

Seen from a distance, this “tower” is one of the most striking features in Wyoming

One of the legends of the origin of the tower tells the story of girls who were pursued by a huge bear. The girls prayers were answered when the Great Spirit caused the rock to raise from the ground with the girls safely on top. The bear attempted to climb the smooth sides of the rock, and his claws made the distinctive shapes we see today.

Geologists tell us that the tower was made when volcanic intrusions of lava pushed up into thick layers of sandstone, now eroded away after millions of years. The rock, an igneous basalt type, took on the shapes of columns when it cooled. Called a columnar formation, this shape is not uncommon and can be found in rocks all over the world. 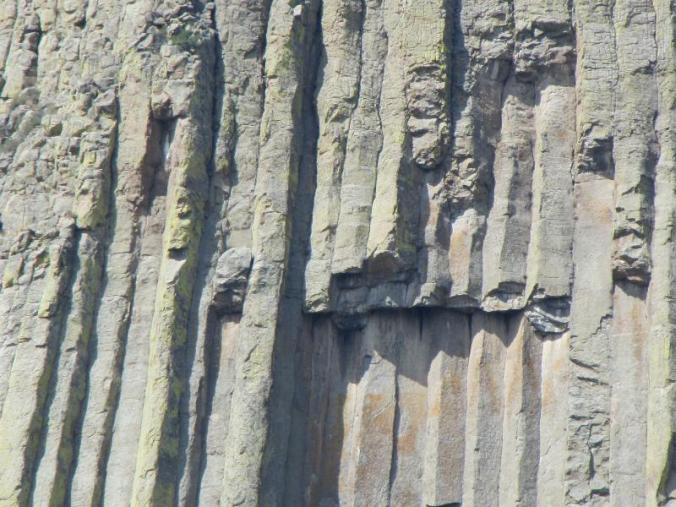 Close up shot of the columnar structure. Each “column” is about 8 feet across!

The Devils Tower was the first designated US National Monument, so declared by President Teddy Roosevelt in 1906. The first Caucasians saw the tower in the 1850’s. It was the site of the famous finish of the film Close Encounters of the Third Kind.

We really enjoyed our trip to Yellowstone National Park. The scenery is magnificent, the geothermal features are powerful, exciting to view and have a beauty all their own. Of course seeing the wildlife at Yellowstone is one of the most sought after attractions in the park.

The geysers cover the walkways with steam 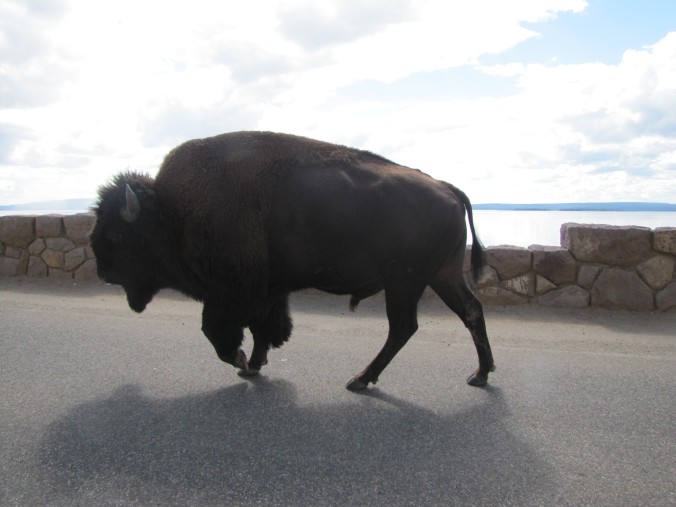 This bull bison strolled right by us on the road.

We were traveling across Wyoming in early December on I-80. We saw row after row of elaborate snow fences that had been constructed on the south side of the highway, set back about 40 yards or so. We saw them mile after mile as we crossed the state. 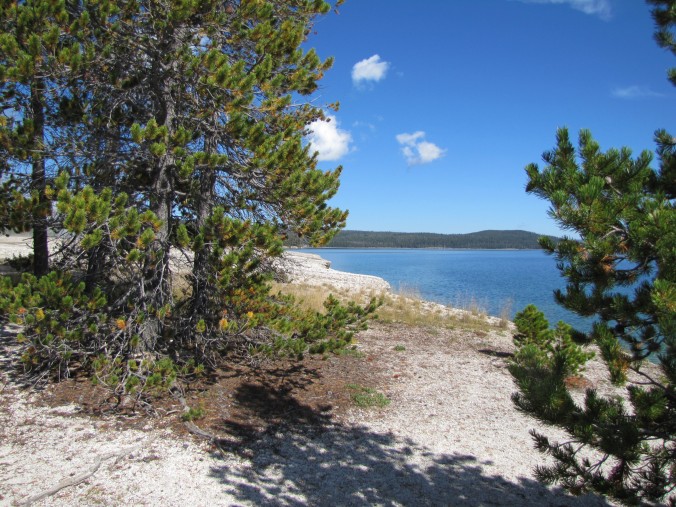 The shore of West Thumb of Yellowstone Lake 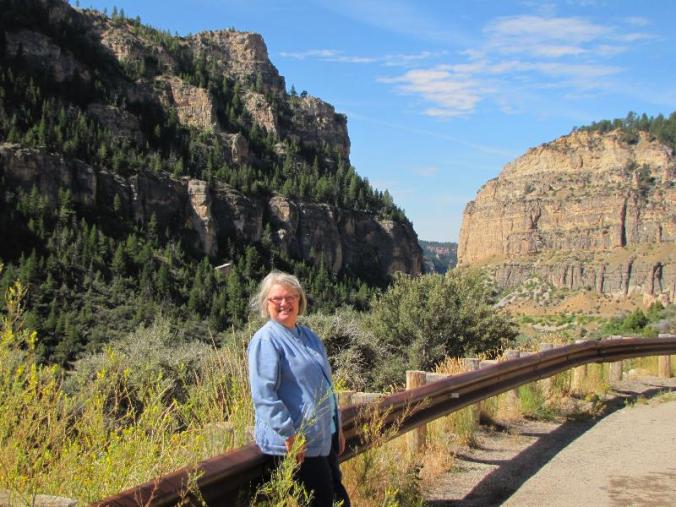 Going through some of the photos from our trip this past summer I couldn’t help but share this great photo of Sher at our stop in Ten Sleep Canyon, Wyoming.

The panorama of Hayden Valley is striking.

Love the river in this stretch.

Side wall of the Yellowstone Mud Volcano

What a pale grey color.